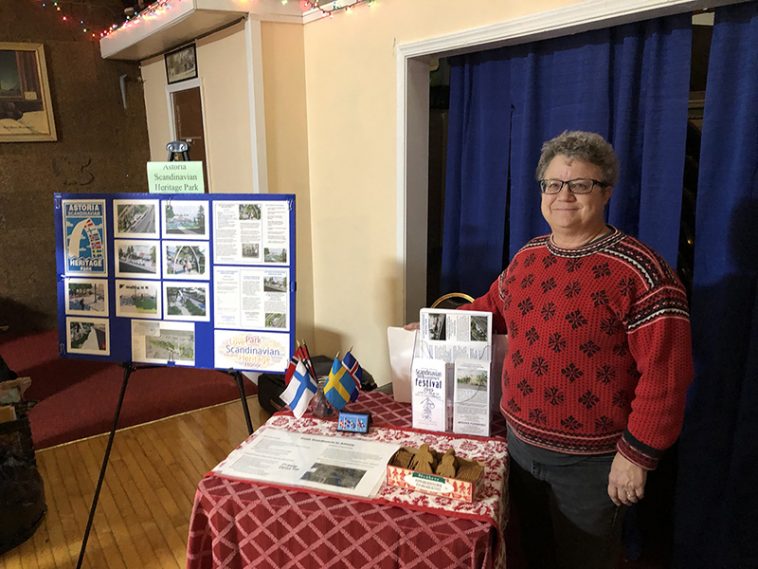 As a man dressed as a mountain troll waylays the unsuspecting in a time-honored tradition at the 52nd Astoria Scandinavian Midsummer Festival this weekend, a park celebrating the region’s Nordic heritage is about halfway to its funding goal.

The committee behind the downtown project has raised a little over half a million dollars in grants and donations so far and needs to raise around $700,000 more to cover construction costs.

Some of the money paid for the architectural design and engineering plans completed last year and approved by the city this year.

“I really truly do think it’s a doable amount,” said Judi Lampi, the committee’s chairwoman. “We’ve raised half a million in, what, six months? And now that we have that amount of money raised we can start applying for the large grants.”

“Being the prudent Scandinavians that we are, we’re going to have all the money in the bank before we even start construction,” she added. “We just thought that was the best way to do it.”

When they first started planning the park, members of the Astoria Scandinavian Heritage Association had hoped to complete it in time for the Scandinavian festival’s 50th anniversary in 2017. Instead, they spent the past two years working with the city on logistics and a site design.

Now they have their sights set on June 2020 — dependent on fundraising.

“We are very optimistic about our fundraising because we have achieved so much already,” Lampi said.

The committee has begun to purchase various park features, like bronze plaques and granite, with grant money that needs to be spent within a year.

Lampi plans to make several presentations at the festival to update people on the park’s progress.