The earliest documented summer gathering of Scandinavian immigrants in Astoria took place in 1938. Other historical sources refer to Scandinavian gatherings centered around folk dance in the 50’s and 60’s. The first documented source that refers to the summer festivities as the Scandinavian Midsummer Festival is from 1968.

The 2022 Astoria Scandinavian Midsummer Festival will be the 55rd festival of this continuous celebration of the summer solstice and all things Scandinavian on Oregon’s North Coast. The Astoria Scandinavian Midsummer Festival is currently a three-day festival held the third weekend in June at the Clatsop County Fairgrounds east of Astoria. The festival opens Friday afternoon with vendors, food and live entertainment. Friday’s major evening events include Queen's Coronation, a Bonfire with Hex burning, and a public dance. On Saturday there is a Midnight Sun Breakfast and continuous opportunities all day long for attendees to visit vendors, buy authentic Scandinavian food specialties from the lodges, and dance and listen to live entertainment from Scandinavia and the Pacific Northwest. Other major events on Saturday include a costumed walking parade through the fairgrounds, flag raising, raising and dancing around the Midsummer Pole, and a Beer Garden. The Viking Encampment is open to the public with almost hourly demonstrations. All ages are invited to participate in a Kubb (Scandinavian lawn game) tournament and children’s games and puppet shows take place in the Barnefest Area. At 5pm, there is a narrated parade of Scandinavian folk dress. Saturday evening concludes with a special performance by ARRIVAL, Canada’s Tribute to ABBA. Special tickets are required for this concert. Sunday’s activities include a Pannukakku (Finnish pancake) Breakfast, a non-denominational church service, more shopping, food and live entertainment. The event concludes in the afternoon with the raffle drawing and closing ceremonies with flags. 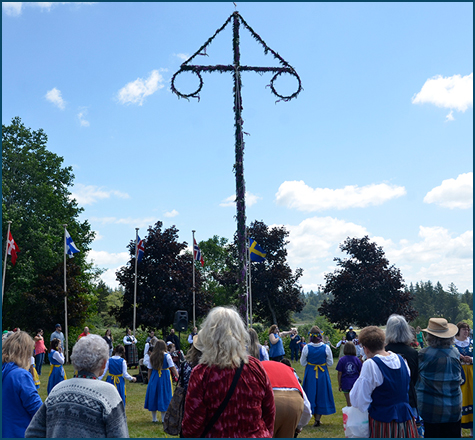 All Scandinavian Midsummer Festival events are open to the public. Admission is family friendly and multi-generational families attend with youngsters being particularly keen to return for the fun, food and family time, and seniors being glad to share their family traditions and history with the upcoming generations. Survey results show that about half of attendees are returnees and the other half are newcomers eager to learn about a new culture. 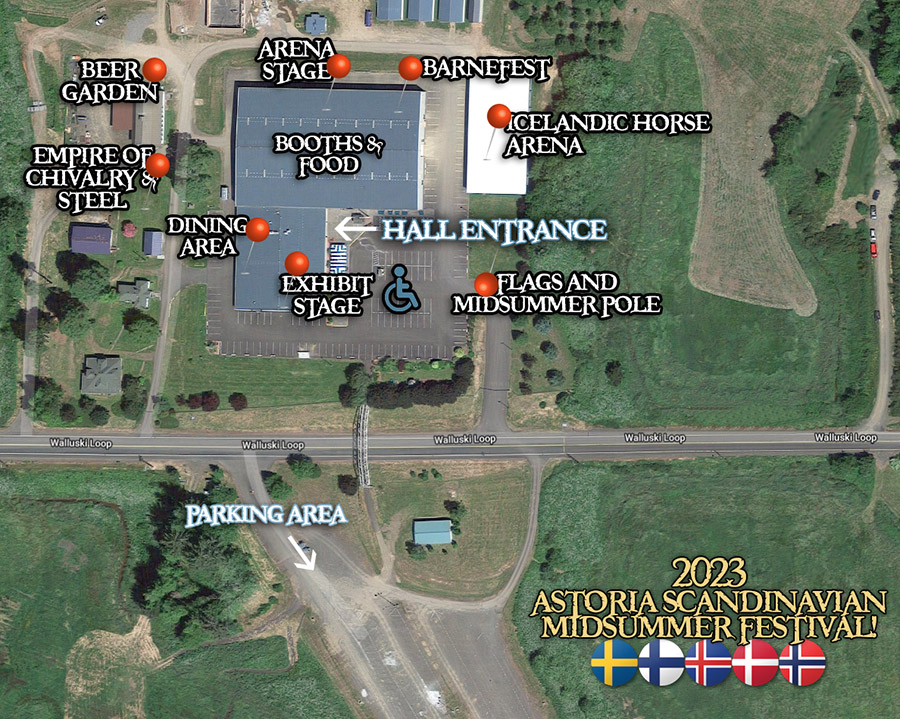 Clatsop County Fairgrounds
$5 for the weekend

No Pets Allowed
Only verifiable registered service animals will be permitted

Friday, the festival kicks off with vendors, food and live entertainment. Friday’s major evening events include Queen's Coronation, a Bonfire with Hex burning, and a public dance

Learn more about all of the fun Friday events!

Learn more about all of the fun Saturday events!

Learn more about all of the fun Sunday events!