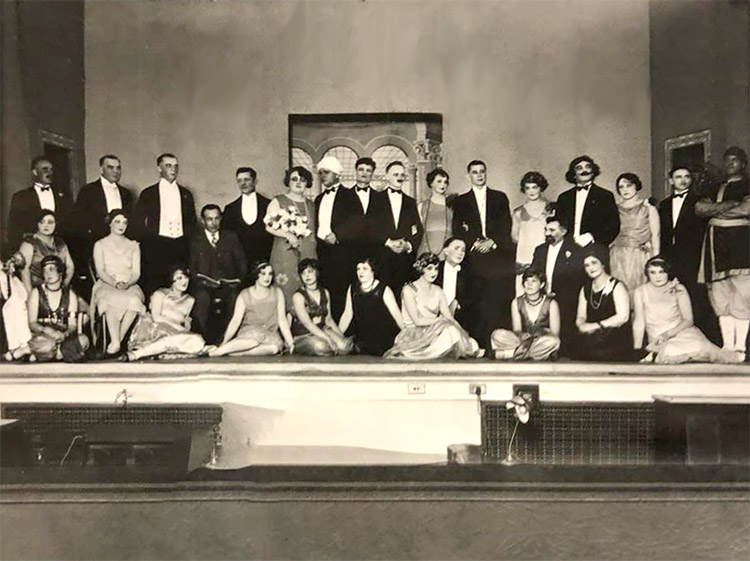 Weekend Break: Local residents find long-lost play By Ray Garcia For The AstorianJun 25, 2021Photo: A snapshot of the Astoria Finnish Socialist Club’s theater stage. Astor Street Opry Company It’s not every day that the Astor Street Opry Company gets to perform a long-lost historical play. But thanks to a recent finding of a variety of Finnish plays, local residents …

END_OF_DOCUMENT_TOKEN_TO_BE_REPLACED

The Swedish nycelharpa is the focus of the Portland band Varelse that will entertain three times on Saturday, June 18. You'll enjoy their music!

Amy Hakanson was first introduced to Swedish folk music and the nyckelharpa in 2008, when Väsen first performed at the Wintergrass Bluegrass Festival in Seattle. Her interest in Scandinavian music continued to grow for years until, in 2014, she was able to buy her first nyckelharpa. Later that same year, Amy was accepted to the Eric Sahlström Institute in Tobo, Sweden, where she studied traditional Swedish nyckelharpa with Olov Johansson (Väsen, riksspelman), Ditte Andersson (riksspelman), Sonia Sahlström (riksspelman), Mia Marine (Mattias Peréz Trio, NiD, Marin/Marin), and Niklas Roswall (Ahlberg Ek & Roswall, Ranarim).

In addition to the nyckelharpa, Amy plays the fiddle, Hardingfele, banjo, guitar, and is trained in classical violin. She grew up immersed in American roots music, playing bluegrass fiddle with her family band. She has a BA in Ethnomusicology at Portland State University ... See MoreSee Less

We hope your favorite is on the 2022 Astoria Scandinavian Midsummer Festival vendor list! 45 vendors are scheduled so far as of May 15.

Busy baking bread! And other goodies.

Quite a crowd showed up this morning at the Henningsen farm to make hexes for the traditional bonfire on June 17. Throw a hex in the fire and rid yourself of bad luck for the year! ... See MoreSee Less

This seems a lot like burning a witch. Can you please explain?

Today was the last of six dance workshops sponsored by the Astoria Scandinavian Heritage Association to prepare locals dancers for the Midsummer Festival. Funding came from the Clatsop Cultural Coalition. We hope to see all of you out on the dance floor at the open dance on Friday, June 17, at the Clatsop County Fairgrounds. Thanks, Rebeckah and Bern, for organizing this. ... See MoreSee Less

Miss Norway brought her sister, mom, and grandma to the Sons of Norway lodge to make festival lefse today. The more the merrier to preserve traditions! ... See MoreSee Less

Can you believe I'm 41 and I just got the sons of Norway recipe today! I will be starting my family traditions shortly!