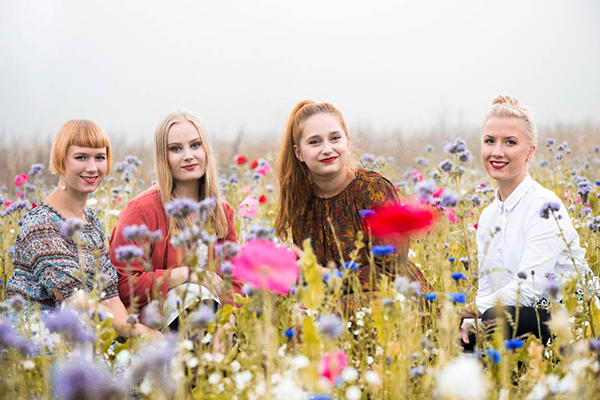 Kardemimmit takes you to a journey into the Finnish Midsummer’s magical night where the sun doesn’t set at all. The air is filled with the ancient mystery of time standing still and the nature is heartbreakingly beautiful at the peak of its bloom.

Kardemimmit – sound of the Finnish forest

Kardemimmit is a band of four awesome women playing the Finnish national instrument, kantele. The band members are Maija Pokela, Jutta Rahmel, Anna Wegelius and Leeni Wegelius. Kardemimmit is in charge of their own music – they compose, as well as arrange, write lyrics and produce. Alongside 15 and 38 stringed kanteles, singing has a big part in Kardemimmit’s musical universe where original pieces with a modern approach still have a strong foundation in Finnish, Eastern European and Scandinavian traditions. The Finnish reki-singing style, 19th century dancing music and Perhonjokilaakso kantele playing style, Eastern Finnish archaic improvisation and ancient runo singing are all present in Kardemimmit’s music. 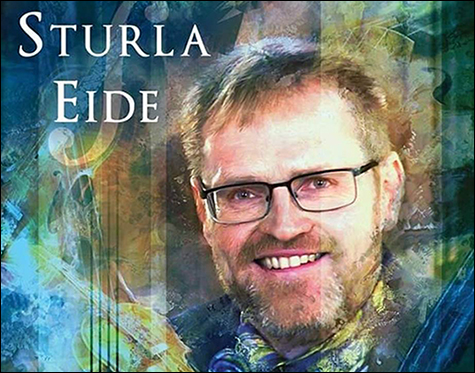 Sturla Eide is one of Norway’s most accomplished traditional fiddlers. His music offers a fascinating journey through the last of Norwegian traditional fiddle and guitar tunes. Most of the main melodies fall to Sturla as he plays the violin and that wonderful Norwegian six-stringed Hardangerfiddle. The music is interesting stuff. The basic tone will be familiar to any experienced listener of traditional Celtic music, but it’s not Celtic music, it’s Norwegian. Every single melody in Norwegian traditional music is saturated by rhythm because the tunes had to be danceable by themselves a long time ago. The melody is in the rhythm and the rhythm is in the meloday. Enjoy the tunes presented on violin and guitar in a thoughtful and gentle way, adorned with the simplest of chord progressions and the most discreet pulse. 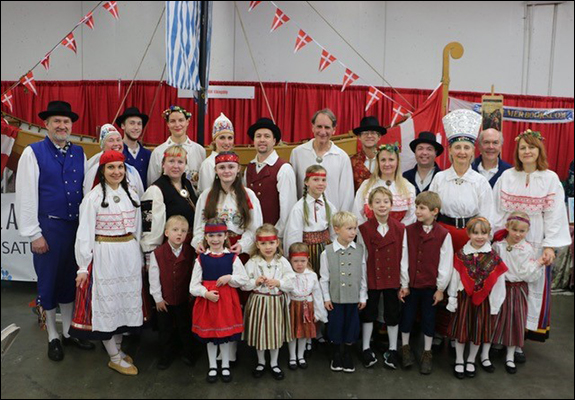 Returning to the 2020 Midsummer Festival after a long absence is Tulehoidjad, an Estonian folkdance group from Portland, Oregon. Tulehoidjad means Torch Bearers and was formed in 1950. They have taught Estonian folk dances to three generations of Estonian immigrants and many American friends. Keeping Estonian traditions alive and teaching Americans about Estonian folk dance are its primary aims.

Tulehoidjad will perform on Saturday, June 20, only.